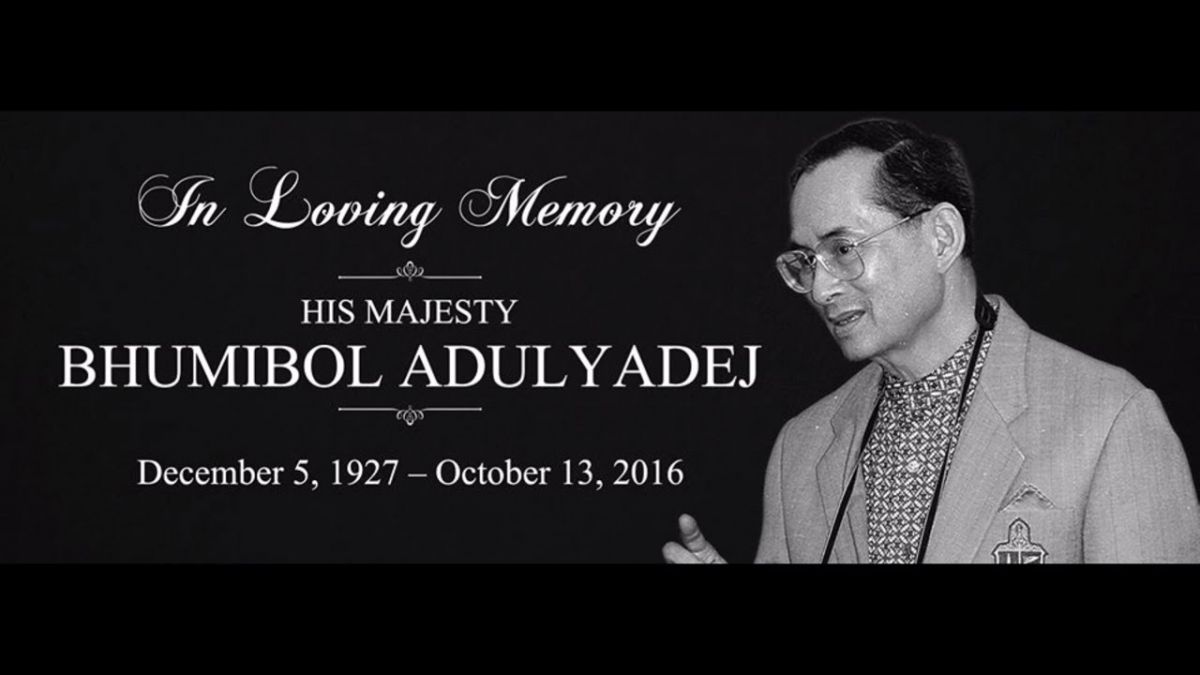 Sunday 13 October commemorates the death of the late King of Thailand, Bhumibol Adulyadej. This national holiday in Thailand is held annually on 13 October. However, as the 13 falls on a weekend day, the holiday will be observed on the following Monday, 14th November 2019.

Born on 5 December 1927, His Majesty the late King Bhumibol Adulyadej died on 13 October 2016. The late King took the throne in 1946, reigned for 70 years, and came to be called “Father of the Nation”. After a long struggle with illness, the king finally passed away, at the age of 88.