15 Things You Didn’t Know About Thailand

The Kingdom of Thailand, country of smile, is located in the heart of South East Asia. With the area of 513,120 square kilometres, Thailand is the 50th-largest country in the wolrd. Among Southeast Asian countries, Thaialnd is the only one that was never colonized by an European country. In fact, in the Thai language, the name of the country is Prathet Thai which means “land of the free.

Thailand is divided into 76 province (จังหวัด, changwat), which are gathered into five groups of provinces by location. There are also two specially-governed districts: the capital Bangkok (Krung Thep Maha Nakhon) and Pattaya. Bangkok is at provincial level and thus often counted as a province.

The best time to visit Thailand is between November and February, when the climate is relatively cool and dry (25-32°C). While Bangkok usually sees insignificant temperature drop, the northern and northeastern provinces can be rather cold. And if you plan to take a trip into the mountains, be sure to bring a sweater or warm jacket. 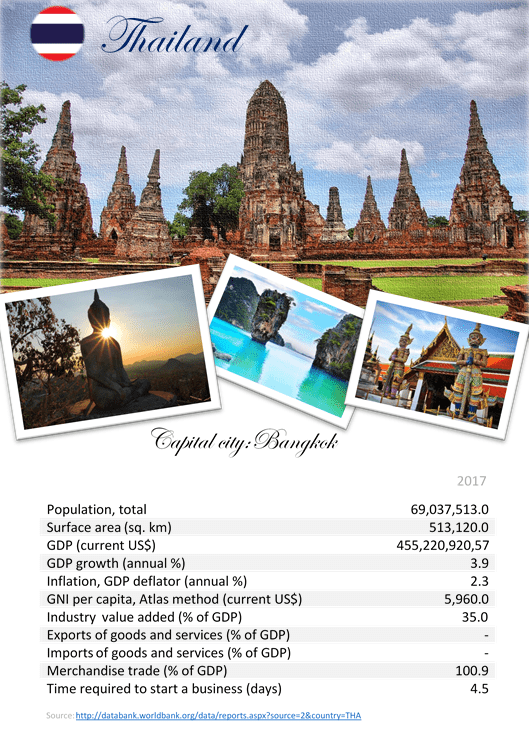 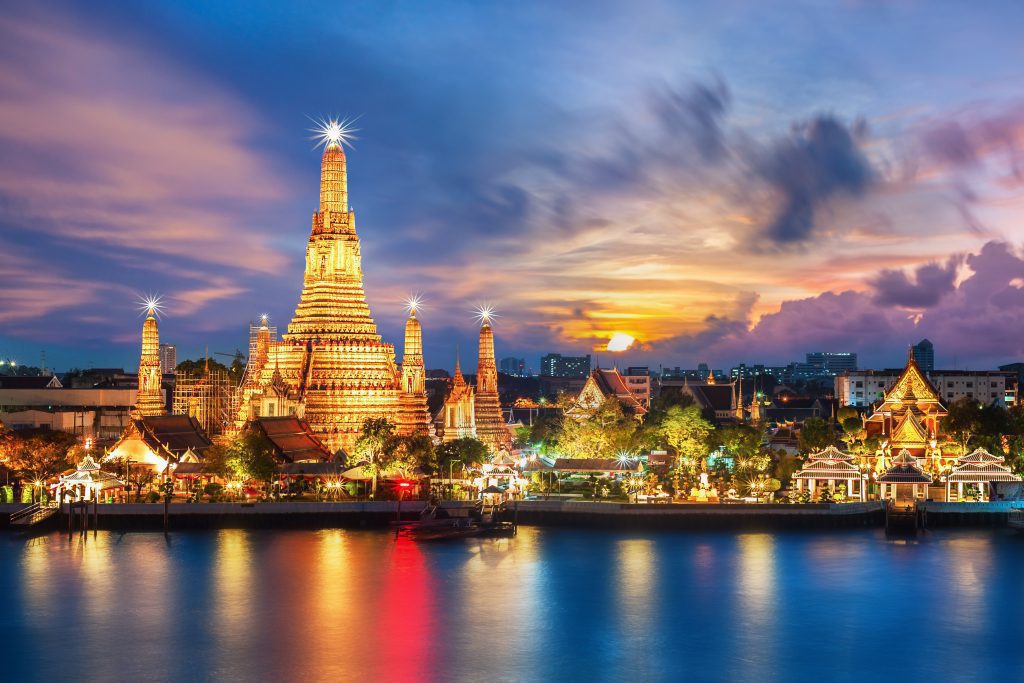 You can find more information here: