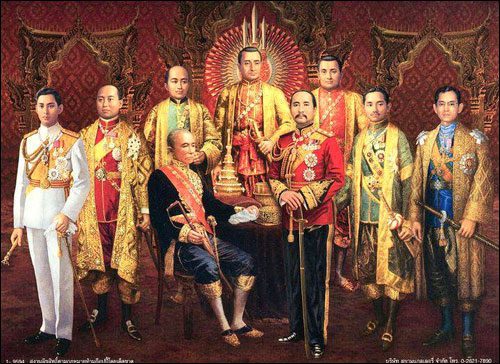 Another day of regal significance is the Chakri Day on April 6. A public holiday in Thailand, it is officially called the Chakri Memorial Day, as it is the day to commemorate the founding day of the Chakri Dynasty by King Rama I in 1782, and to honor the royal lineage with its long tradition of producing the Chakri monarchs all industrious and intent on developing the Kingdom of Siam, now commonly known as Thailand. The now ruling King Bhumibol or King Rama IX belongs to the Royal House of Chakri; he is the ninth king.

The activities of the day are mainly official ones, centered on the ceremonies dedicated to King Rama I in particular, as he was the first ruler and founder of the city of Bangkok, or Krung Thep (the City of Angels). King Rama I had been a military commander before he agreed to rule following a political turmoil. So he reigned as King Rama I from April 1, 1782 onward. In the same year, for militarily strategic purposes, he established a new capital on the east bank of the Chao Phraya River, at the area which is now the Grand Palace. The occasion also marked the beginning of the new Rattanakosin Era with Bangkok as its capital city. The city has flourished since then. Almost 30 years ago it celebrated its bi-centennial anniversary. Bangkok also has become an important hub city in Southeast Asia.

On Chakri Day a royal ceremony is performed by the King and members of the Royal Family to pay homage to King Rama I and the other previous monarchs who each played important roles and helped shape the country. More ceremonies take place at King Rama I Statue at the Memorial Bridge, the first bridge connecting Bangkok to the Thonburi side on the west bank of the river.