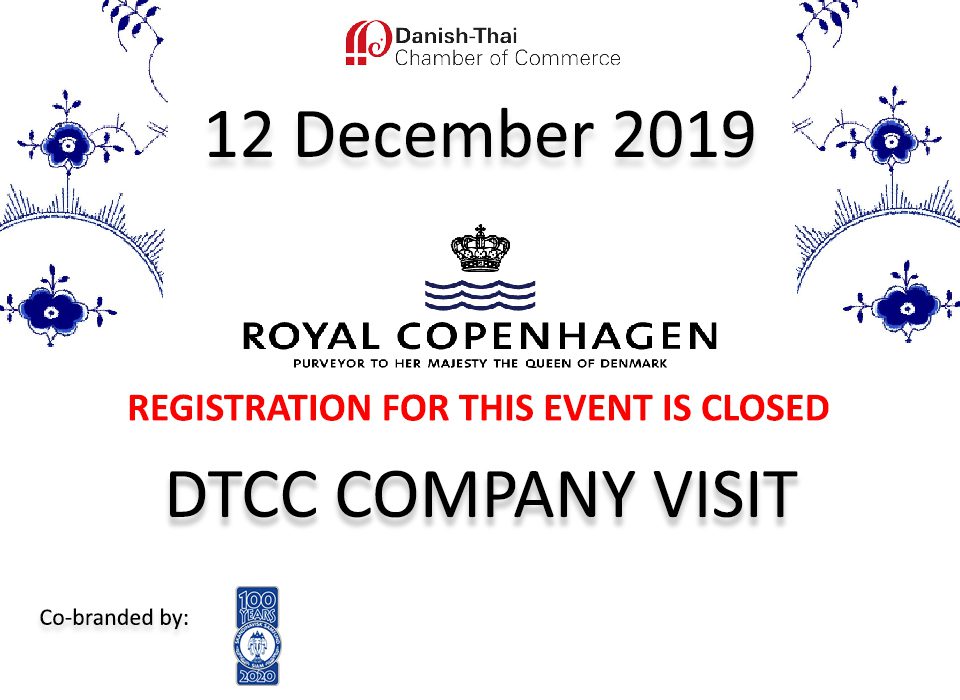 DTCC would like to invite you to visit at the Royal Copenhagen Porcelain factory situated just 30 km east of Ayutthaya in Saraburi Province, where our member and Silver Sponsor Royal Copenhagen has its production and where they make their famous hand-painted porcelain like they have done for almost 250 years.

Royal Copenhagen, officially the Royal Porcelain Factory (Danish: Den Kongelige Porcelænsfabrik), is a Danish manufacturer of porcelain products and was founded in Copenhagen in 1775 under the protection of Danish Dowager Queen Juliane Marie. It is recognized by its factory mark, the three wavy lines above each other, symbolizing Denmark’s three straits: Storebælt, Lillebælt and Øresund. In December 2012, the Danish private equity fund Axcel sold Royal Copenhagen to the Finnish listed company Fiskars, which was founded in 1649. The company now produces its products in Thailand.

Programme (own transport to which map will be provided)

1015 – 1230: Welcome and briefing by the Royal Copenhagen staff and guided tour in factory area.

Programme for those who will go with a DTCC van from Phayathai, Bangkok (surcharge of 300 THB for each passenger).

1015 – 1230: Welcome and briefing by the Royal Copenhagen staff and guided tour in factory area.

NOTE! For those who would like to join the DTCC van from Bangkok, there will be a small surcharge of 300 THB for each passenger, for which the chamber will arrange a van going from DTCC’s office next to Phaya Thai BTS Station.

The Danish-Thai Chamber of Commerce