On Thursday 23 March 2017, the Annual General Meeting (AGM) of the Danish-Thai Chamber of Commerce was held at Hotel Lé Meridien in Bangkok. With a third of the membership participating in person or by proxy the AGM as well as the preceding workshop was providing a good setting for members to ensure the board is aligned with member priorities for the coming year. 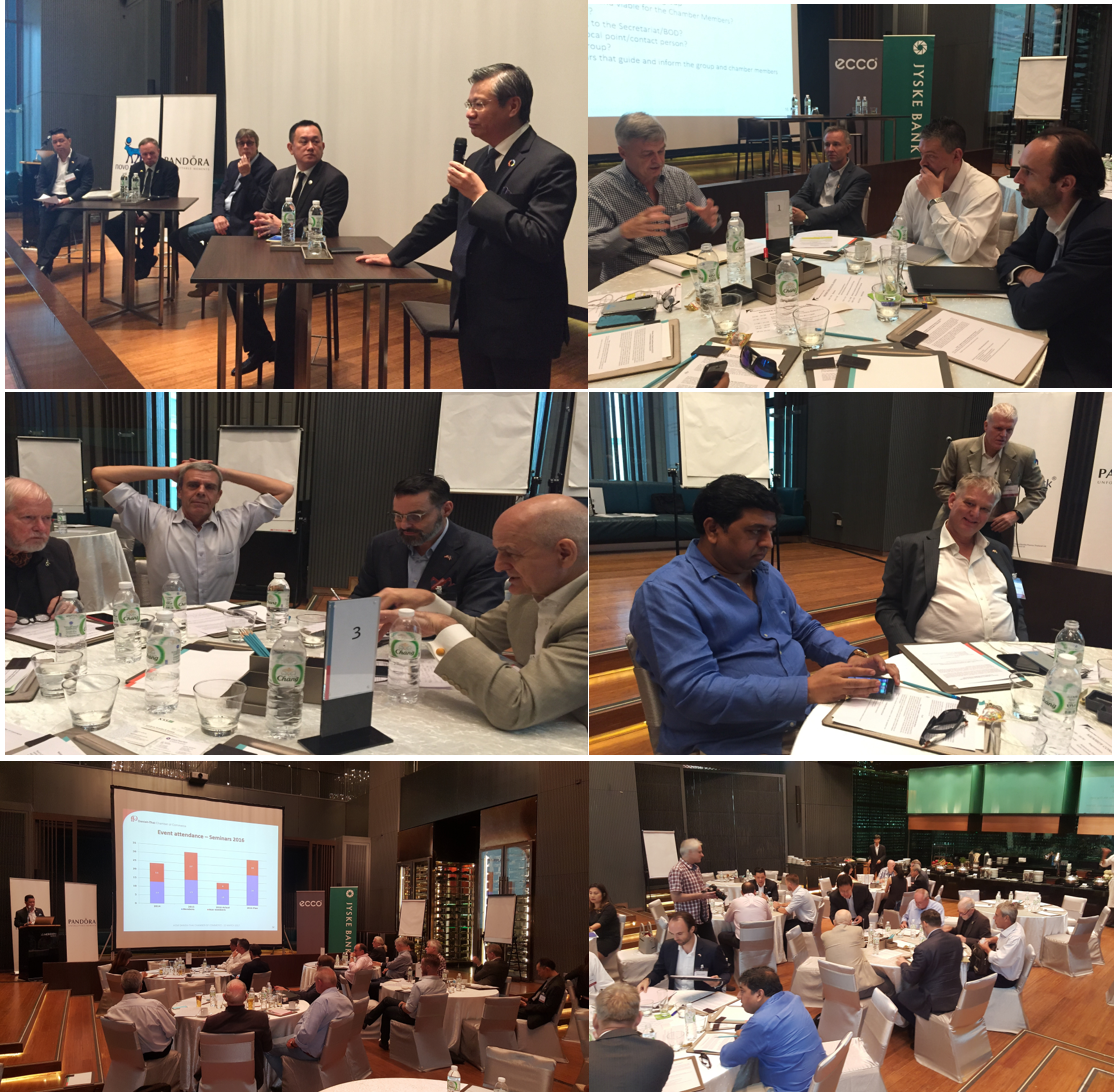 Member Consultations Session
The opening séance on Advocacy was moderated by Dr. Supareak Charlie Chomchan who introduced the four representatives of JFCC of Joint Foreign Chambers of Commerce (JFCC) to the members. Following this the participants split out in working groups to access the member’s requirements for future direction of the DTCC in the following areas:
Team 1 – Anti-Corruption Team.
Team 2 – Logistic & Transport.
Team 3 – Advisory Senior Team.
Team 4 – Nordic Young Professionals (NYP).
Team 5 – SME for Member Benefits.
Each of these groups will present their findings shortly for the follow up by the new board of directors and the new established working Teams.
Annual General Meeting 2017
After a delicious private buffet dinner the AGM 2017 was opened by DTCC President Thomas Nyborg who introduced former President Tom Soerensen as the Moderator of the meeting. The Moderator concluded the AGM was legally called for and proceeded with the agenda of the AGM.

The board presentation for 2017 started with remembrance of Consul General Joergen Scmidt who passed away in August 2016 after a prolonged illness. Mr Schmidt was the founder and owner of DZ cards and was remembered for his generous contributions over many years to the DTCC. The participants stood up in one minute of silence to honor Joergen Schmidt’s memory.

The new Secretary-General of the DTCC Mr. Michael Andersen presented the status of the secretariat and admitted that the secretariat had faced several challenges and shortcoming in the past couple of years but is now on track to make the required improvements.
The election of five new Directors for the Board of Directors of the Chamber was preceded by an introduction of the six candidates standing for election to the five seats available.  The election committee worked hard to count the ballots and in a close vote the following candidates were elected:
As the reserve member of the Board, Mr. Sune Sucksdorf from Net Protection Concepts International Co., Ltd. was elected with 17 votes.
The complete Board of Directors for the next 12 months comprises the following 11 Directors from left:
Mr. Frank D. Henriksen

The fresh 2017 Board will convene in three weeks’ time to select the new President and the new Vice-President of the Chamber and assign responsibilities to the directors.

At the Meeting the Board Report and audited Accounts for 2016 was presented and approved by the members.
Also, a new action plan for the period 2017 – 2019 was presented along with a budget to support the action plan to be launched this year. The action plan which includes a far more involvement of members and clear visible member benefits, and upgrade the office and its staff as well as the website among other activities planned for 2017.