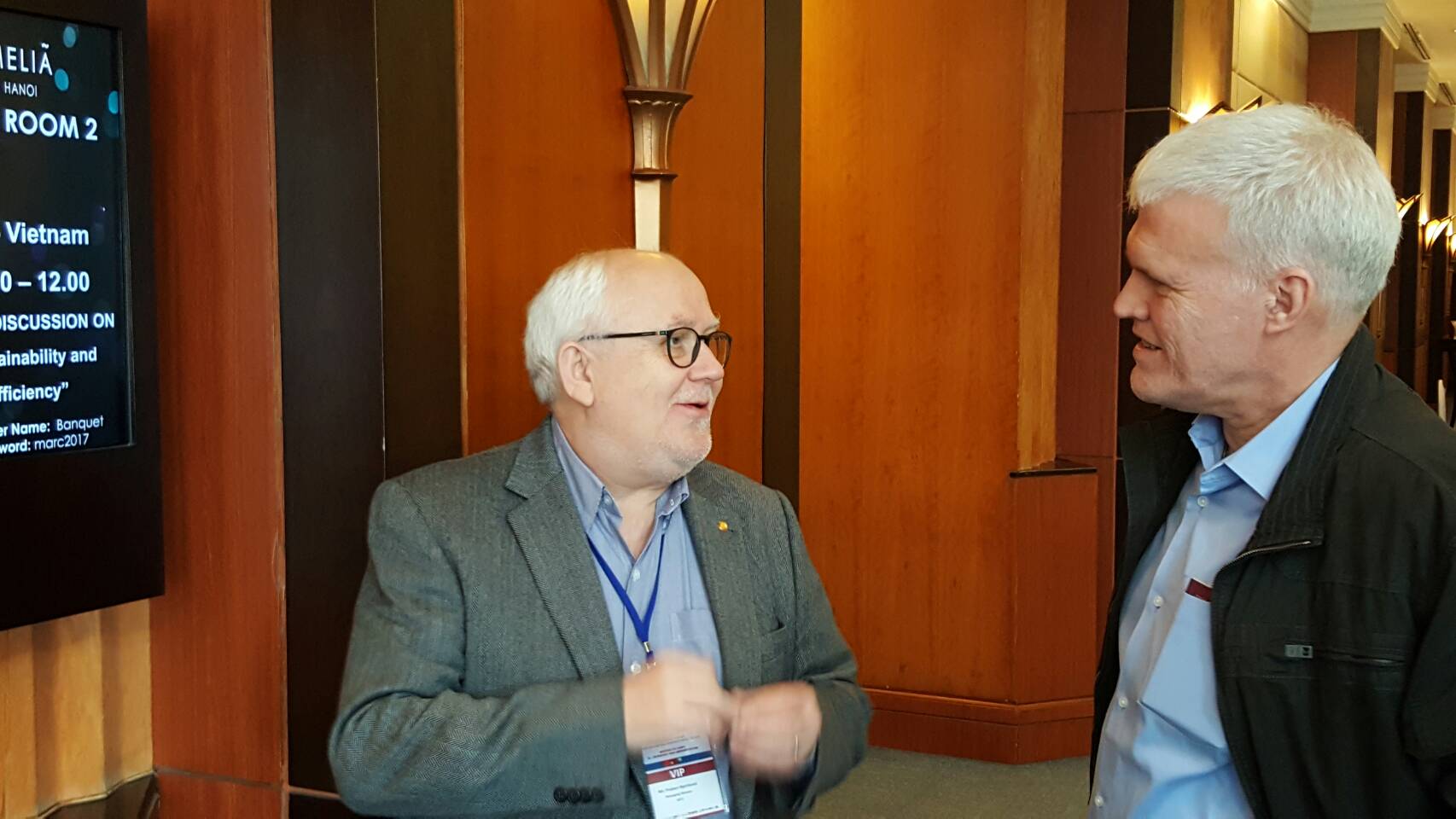 The SG of DTCC, Michael Andersen, met with the Mr. Preben Hjortlund, EuroCham, and Soren Roed Pedersen, Chairman of NordCham on the 2 March 2017 at Melia Hotel in Hanoi to exchange viewpoints on trade in the region and looked into possible cooperation.

At the meeting the Chambers agreed to work closely together by sharing news and invite each other to various seminars, meetings and events of mutual interest across borders. Although the officially registered NordCham still is in the early phase of its life it was felt that the two chambers can learn from each other and support each other’s activities.

The meeting was set up in the lieu of the ‘Whitebook 2017 Launch’ in Hanoi, Vietnam, on the 2 March 2017. The Whitebook on Trade & Investment Issues and Recommendations was compiled by Eurocham with support from EU and the Government of Vietnam. The official launch of the book or rather directory of issues and recommendation was held back to back with a number of trade sessions such as Food and Health, Consumer Choice, Customs, Tax and Legal and Sustainability. Vietnam and EU are in the process of ratifying a EU-Vietnam Free Trade Agreement – Market Access. The annual GPD of Vietnam is expected to increase by 0.5% and increase its exports by 4-6% annually. If this trend continues, Vietnam exports to the EU will increase by 16 Billion USD in 2020. 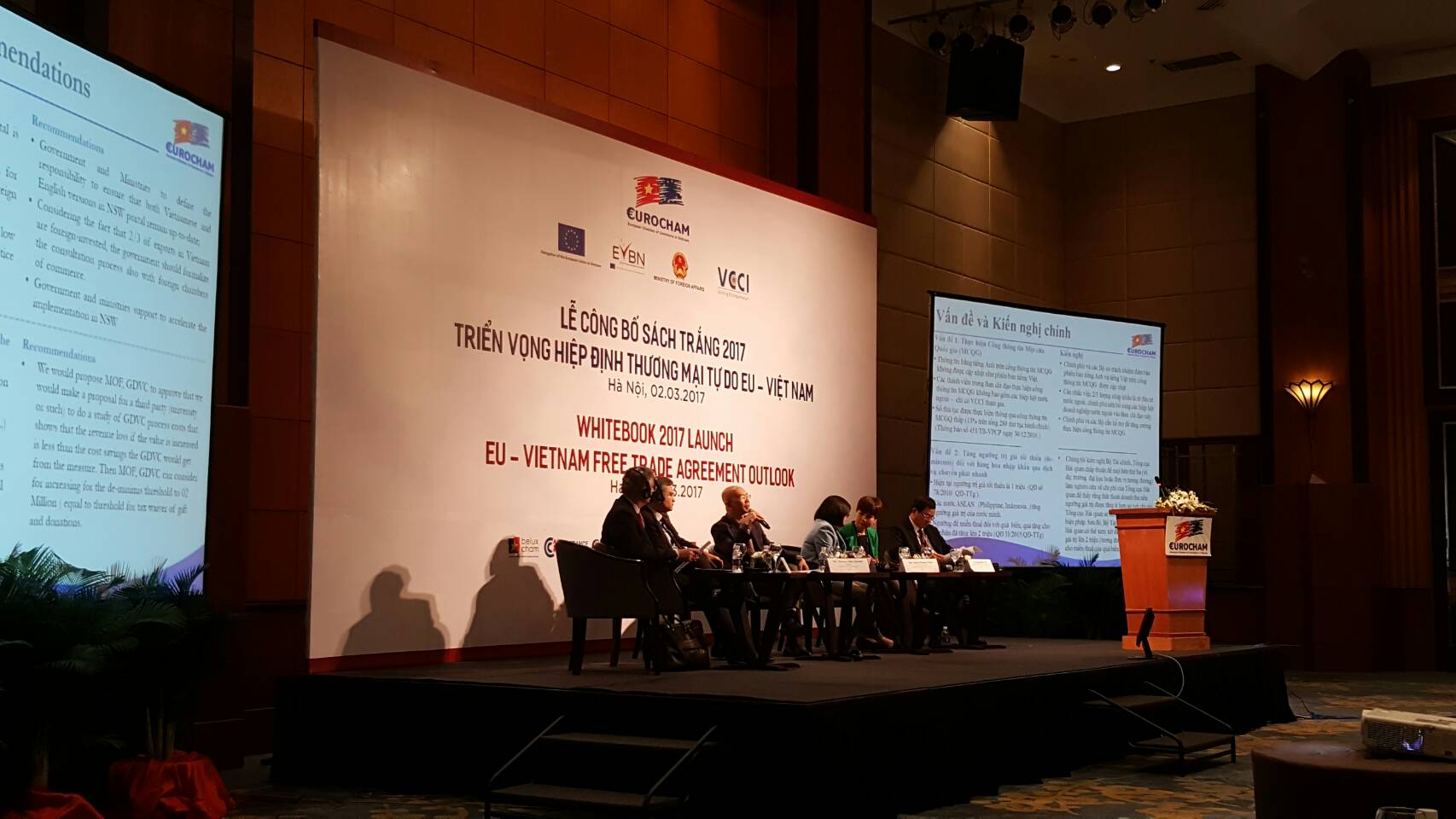 In 2016 at the EuroCham White paper launch, Danish National Mr. Preben Hjortlund was honored for the hard work and genuine commitment given to EuroCham, by appointing him to become a lifetime Honorary member of EuroCham. Mr. Hjortlund has been instrumental in establishing NordCham as well as Eurocham and has served several terms as President of both organizations. Mr. Hjortlund has also previously served on the board of Danish – Thai Chamber of Commerce and his tireless dedication to promote Danish exports was previously honored by the Export award – HRH Prince Henrik’s Medal of Honour.
2017-03-02T12:08:33+07:00March 2nd, 2017|Dancham Activities|